Brad Zoladz has more than 20 years of work experience with the FBI; he was a training instructor for almost 12 of these years. Though dedicated to training NIBRS since 2015, Brad has trained Facial Comparisons, Criminal History Records, and other UCR (LEOKA, Hate Crime) collections.

Brad has trained and presented at conferences for local, state, federal, and international agencies including:

Brad’s experience and knowledge of NIBRS allows him to meet all your crime reporting needs. Contact him today for more information! 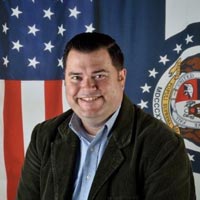 Mr. Comer currently sits on the IJIS Institute’s CJIS Advisory Committee and RMS National Standards Task Force, as well as recently served on several of the FBI’s National NIBRS Transition “Beyond 2021” Committees. During the national NIBRS transition, Mr. Comer spent 3 years as the NIBRS & National Crime Statistics Exchange (NCS-X) Liaison to the FBI on the Executive Board of the Association of State Uniform Crime Reporting Programs (ASUCRP). Prior to that role, he served 3 years as a voting member of the CJIS Advisory Policy Board’s (APB) UCR Subcommittee. Mr. Comer is also a past President and Vice President of ASUCRP, assisted on Missouri’s ShowMeStrong COVID-19 Task Force, and was a contributor on the Missouri Justice Reinvestment Initiative (JRI) Project in partnership with the Council of State Governments.

Mr. Comer is a 2014 graduate of the IACP Leadership in Police Organizations (LPO) School and holds a Specialist Instructor License from the Missouri Department of Public Safety’s Peace Officer Standards and Training (POST) Program. Mr. Comer also holds a Juris Doctorate in law from Cleveland State University, a Master’s Degree in Public Affairs with Public Policy & Administration certification from the University of Missouri-Columbia, and Bachelor’s Degrees in both Criminal Justice Studies and Psychology from the University of Dayton. Mr. Comer resides in St. Louis, Missouri with his wife, two children, and a very feisty Boston Terrier.

Our clients love us! But don’t just take our word for it – read testimonials!